The video game industry is booming. The appetite for new, innovative, and more immersive games has never been greater, and the industry is now estimated to be worth more than $300 billion.

To put this (frankly, ludicrous) figure in perspective, that’s more than the combined global markets of the film and music industries. It’s fair to say that people like gaming. A lot.

All of this is great news for developers. More interest means more revenue, more studios, and more opportunities to design unique, compelling, and successful games.

But besides inevitable continued growth, what’s next for the industry? And more specifically, what’s on the horizon for developers? Below, we take a look at some of the top game dev trends that are likely to dominate the industry for years to come.

In the past, developers have largely worked on-prem, and this is still the standard across most of the game dev industry. There are benefits to this way of working, but it comes with high startup costs, which can counterproductively stifle creativity in an industry that relies on it. Additionally, on-prem development can create barriers to collaborative working, which is an increasingly important part of modern development and a fundamental principle of the modern DevOps philosophy. Creating and releasing games is already hard enough, and nobody wants to add to the challenges.

Now, many developers are turning to the cloud. Some big names — including behemoths like AWS, Microsoft, and Google — are investing heavily in attempts to make widespread cloud-based development a reality. This will push (and is already pushing) an increasing share of development to the cloud.

The move to cloud development is yet another trend that works to lower the barrier to entry for game developers by reducing startup costs. As the cloud development industry matures, more new developers will have the opportunity to enter the market with relatively little financial risk. This will drive innovation and can be expected to benefit the gaming industry as a whole.

In the competitive world of game engines, Unreal Engine has always been a huge name and one of the top game development tools. But it’s about to get a lot bigger. Unreal Studio — Epic Games — recently dropped Unreal Engine 5 (UE5), and it’s a serious upgrade. UE5 makes it simpler than ever to create photo-realistic lighting, incredibly detailed environments, and massive open worlds, and it’s set to power a new generation of beautiful, immersive games. Many games have already committed to using UE5, including blockbuster titles like Fortnite.

The hype surrounding UE5 has been building for a long time, and it seems that it’s lived up to the industry’s lofty expectations, as can be seen in Epic’s demo, Lumen in the Land of Nanite.

UE5 also puts a huge priority on simplifying workflows with features like drag-and-drop game dev assets from the enormous Megascans library, and several other revolutionary features to improve efficiency. This enables everyone from AAAs to indie studios and solo developers to cut down development times, allowing their budgets to go further.

The metaverse may not quite be a fully realized concept, and the commercial potential promised by its proponents (namely Facebook) is certainly yet to be proven, but it’s definitely a hot topic in tech.

A big part of the hype revolves around games in the metaverse, and it’s easy to understand the excitement as it could be a revolutionary step for gaming. Some major players are already talking about big projects in the metaverse, from Lego and Epic’s proposed metaverse for kids to Bandai Namco’s planned $130 million ‘IP metaverse’, and many other interesting, large-scale projects.

The metaverse presents an exciting opportunity for all developers, and it’s likely we’ll see a lot of innovation in the space in coming years as companies experiment with what works, what doesn’t, and how to push the limits of a technology that was, until recently, confined to the pages of sci-fi novels.

Trוthfully, nobody really knows what the metaverse will actually look like in practice, or how it will be received by the public. But a lot of money is being invested by some big names, so it’s almost certainly going to be an influential part of the future of the gaming industry.

You may be sick of hearing about NFTs and blockchain technology, but they have proven to be enduringly popular and continue to generate a lot of interest.

This growing influence has now undeniably spread to include the gaming industry. Many of the largest studios, including Square Enix and Ubisoft, are already investing heavily in NFTs, so it’s very likely there will soon be more commercial interest from other developers.

One example of this is “play-to-earn” games, where users earn tradeable items via playing. In 2021, the CEO of EA, Andrew Wilson, went as far as to call these games “the future of our industry.”

Like it or not, NFTs seem to be here to stay for the foreseeable future, and we can expect their use in the gaming industry to increase rather than decrease in the coming months and years.

Accessibility has, historically, not been prioritized by the majority of game devs. As a result, it’s been an ongoing challenge for a significant portion of gamers to actually play the games they love. Often, studios left it up to consumers to find their way around accessibility issues, frustrating many.

But this is starting to change. Gamers with accessibility challenges are increasingly vocal about the need for dedicated features to help them play, and many studios are listening. Some games, such as Celeste, have added a special “assist mode” to help players get through difficult sections. Even some of the biggest names are taking note, with some of the God of War games offering the option to simplify complex motor tasks or use a high-contrast mode, along with several other accessibility-focused features.

Accessibility can take many forms. Audio-only games, such as The Vale: Shadow of the Crown, are now also being introduced to the market with greater regularity. But we’re also seeing more ‘cognitive accessibility’ in the form of games like Unpacking (which won both Game of the Year and the Excellence in Accessibility award in 2021) which make games more welcoming to all players by removing the pressure of timers and scores.

Microsoft has played a prominent role so far in bringing accessible gaming to the masses, introducing the Xbox Adaptive Controller back in 2018, designed to help disabled gamers enjoy more titles — a move that proved popular with gamers. Xbox also recently collaborated with the Special Olympics to host an inclusive competitive gaming event.

As these kinds of provisions become more common, studios are starting to see that accessibility isn’t just a moral duty; Studios are also starting to recognize the commercial potential of accessible gaming, and these factors are combining to create a lot of incentive to accommodate a wider range of gamers. As a result, the trend toward more accessible gaming is likely to continue and grow throughout 2022 and beyond.

An exciting era for gaming

While nobody can predict the future, it’s clear that the gaming industry is in a high-growth phase that is set to continue. This growth, along with an evolution in consumer demands and advances in associated technology like cloud development, game engines, and more, is driving big changes in the industry.

One thing’s for sure — it’s a great time to be a developer, and it’s only going to get better. 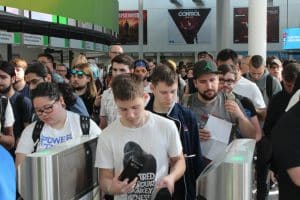 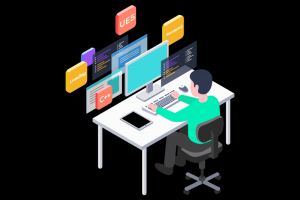 What’s New in UE5? Why Unreal’s New Engine Is a Big Deal

Unreal Engine has been one of the top game development tools, ever since it came to market back in 1998. Some of the biggest games in history — the Deus Ex and BioShock franchises, Rocket League, Fortnite, and many, many more — have all been built using various iterations of the engine. Unreal Engine has […]