Picture this. You’re a gaming studio that’s reached the final development stage of a new game in a well-loved series. Then, the worst pandemic in 100 years hits the world, and your country has the number one causality rate in the world, essentially sending the entire population into lockdown.

Under these dire circumstances, it’s understandable if your first instinct would be to cancel or indefinitely delay the game’s release. The heroes of our story, the Italian Milestone studio, decided to adapt to the new situation and continue working on the timely launch of MotoGP™20, the latest in their popular game series.

How did they do it? How can a studio make all the critical final touches in the height of a crisis that prevented the majority of the team from sitting in the same space?

Fortunately, Milestone’s head of software development, Gianluca Barbera, was kind enough to have a long talk with us and share all the tips and best practices his team utilized to overcome all odds.

“Working with the normal process was a key to success,” Gianluca told us. Even in this time of crisis, Milestone didn’t change the game roadmap, they simply adapted it to a new situation and, more importantly, prepared a work-from-home process that all developers later followed.

These guidelines were prepared by a team comprised of experts from various units in the company; they were the only ones to come in to the office for an intensive 2-day period, while all other employees were sent home, to ensure optimal social distancing conditions. This elite team brainstormed possible WFH scenarios and issued detailed workflow steps, complete with a list of contacts for solving issues and concerns that may arise.  The new workflow focused solely on changing the aspects that required change due to the new remote working conditions while keeping everything that worked intact.

Once the workflow was established, all employees were instructed to follow it. “Even If you have a problem – follow the process, even if this will delay things a bit. Don’t take shortcuts and if something is wrong, go to the right person.”

Instead of using emails for collaboration, which can result in late responses and misunderstandings, Milestone used Microsoft Teams to create multiple 10-person “smart working” groups that solved company-wide problems in real-time. Each team had a specific scope, and not less importantly, a moderator who would lead the discussion. Naturally, the moderator is a pro in the respective field of the group.

Make the most out of existing resources

With over 60 programmers and about 100 other devs that use Unreal and have a huge codebase (generating hours of build and asset creation times), Milestone needed a compilation acceleration boost for the code base and shaders, fast. As IncrediBuild customers, they added all of their office resources to the IncrediBuild infrastructure which allowed each machine to become a supercomputer with hundreds of cores that were seamlessly harvested from idle CPUs across their compute network. The result: a dramatic speed boost to time-consuming builds, shader compilations, and other processes. This helped significantly accelerate development times on both Windows and Linux, no matter whether it was for PCs, Playstation, Switch, Xbox One, or Stadia version of  MotoGP™20.

Some of Milestone’s employees, especially artists, preferred to take their work home and encountered some common VPN hardships like low response times. When working remotely, any latency is a nightmare. And if you have a bad home network connection, the VPN solution becomes even worse.

Aside from upgrading internet infrastructures and using tools like Perforce, Milestone implemented a “network traffic” system to ensure smooth connection speeds. First of all, employees were instructed to avoid uploading large data through the office VPN at peak times. Instead, they could split them into reasonable chunks or schedule large commits during “low traffic” hours like lunchtime or at night. To ensure this method’s success, Milestone continuously monitored network traffic and alerted employees accordingly.

Or don’t use VPN at all

Alternatively, in some cases, Milestone traded the VPN for another acronym – FTP. Since many teams worked on different projects and needed to share builds, instead of uploading them to the office and overload the VPN they used a shared FTP without forgetting that Steam is a great way to share PC build in development.

But there’s another brilliant solution you can choose, even beyond VPN and FTP.

These days, most AAA games are multiplatform, but one of the consoles on the market has a little known unique trait that saves time, especially when working from home. Milestone’s developers used the Google Stadia game streaming platform (learn more about what is Google Stadia), for which the game was also intended to be released, to quickly see changes made throughout development.

Make shared knowledge accessible to all

In order to make sure that all team members were following guidelines and keeping aware of the latest problem-solving knowledge, a specific Confluence was created with an FAQ page detailing the latest resolved issues. For example, when the studio had an issue with using gamepads remotely from home, or various game bugs that they fixed. Furthermore, each build artifact’s location is reported via Confluence (steam, Stadia, etc) so others can access it easily.

Automate what you can

We all know automation saves time and effort, but its contribution to WFH is even more crucial. Milestone’s devs automated their upload to different storages. They then integrated the upload as part of the Jenkins build process, so that each dev could choose whether or not the build had to be uploaded to Steam or FTP automatically and receive an email when the upload is complete, thereby reducing manual work and increase efficiency.

If you can, don’t stop hiring

Instead of freezing the hiring process, Milestone decided to keep it going with new candidates and ones who have already started the process, and remotely hired new people in this time. The new hires were then onboarded online and integrated into the workflows mentioned above.

When you’re working from home, work and life are bound to entangle. If your office is your bedroom, when does the workday end and your life begins? In Milestone, they evaded that issue and employees overworking by assigning a clear timeframe for working hours. Of course, sometimes you need to push, but not every day.

What could an innocent little Windows software update do? Turns out it can cause a lot of “damage”, especially when no one is in the office to restart the affected machines. Milestone’s team tried to avoid any unnecessary software upgrades or changes so that their stable environment won’t be jeopardized.  And when they did update, they made sure that someone was able to be at the office to manage unexpected issues.

On a personal note, when we conducted the call with Gianluca, we were amazed at how fast Milestone adapted to the new reality, and even managed to work and release a high-budget game during these challenging times. We want to send a huge thanks to the studio members for their willingness to share their knowledge with the entire industry.  We honestly feel like some of their ingenious tips and “dev hacks” can help many other companies (not just game studios!), so if you feel the same, please share this post and spread the knowledge.

If you want to read further about accelerating your game development, you are welcome to download this guide: 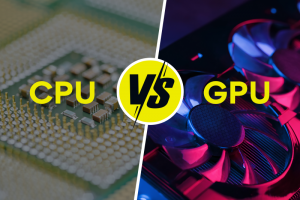 CPU vs. GPU Rendering: Which Should You Choose and Why?

If we boil it down, computers have two ways of handling instructions. Obstacles can be processed through a Central Processing Unit (CPU) or a Graphics Processing Unit (GPU), and both have some pros and cons that should weigh heavily into deciding your workflow. In this article, we will take a look at some of those pros and cons, and what to keep in mind when deciding to process renders via your CPU, or GPU 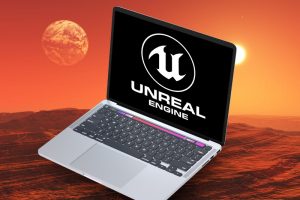 Unreal Engine Rendering – How to Do It Right?

Possibly the biggest impact Epic has had on the film and game world is the power of Unreal Engine rendering. Much like every other aspect of game development, it can be easy to start, but take years to master. My hope is to help with that path and give you some of the tips and tricks I’ve learned over the years working with Unreal Engine and talk about some of the big game changers when it comes to rendering. 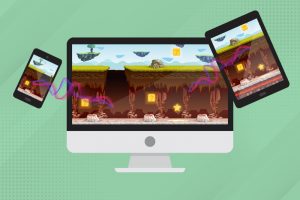 Game porting… It’s an art that should be mastered. No wonder there are studios out there whose sole purpose is providing game porting services. There’s so much to take into account when porting a game. To explore game porting a bit further we turned to the experts; Denis Potapenko, CTO at Game-Ace, and Oleg Fedorenko, CTO at Pingle Studio to shed some light on various tips and hacks.