Security is an extremely important and deep topic. Bad things happen when security is compromised, and we have to keep that in mind at every stage of the software development life cycle. Unlike some other non-functional requirements, security cannot (usually) be baked into the system as an afterthought. ISO 9126, which describes quality attributes of a software system, names six major categories: 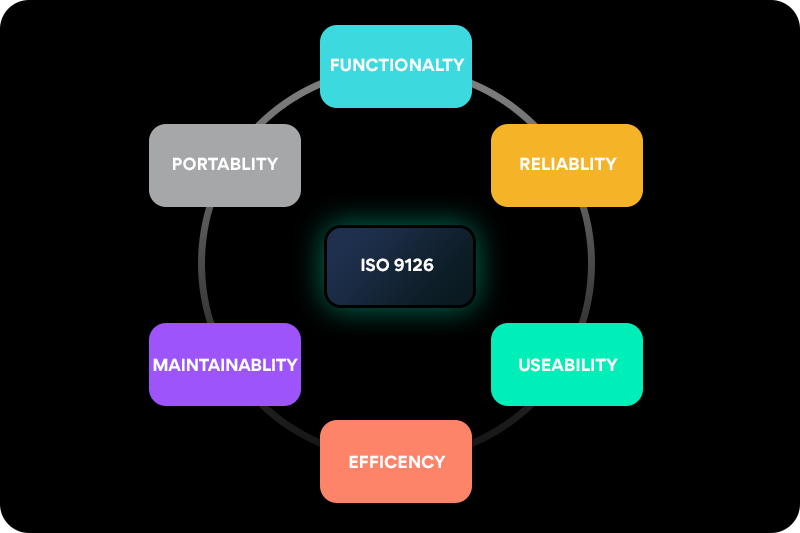 Security comes as a quality attribute under Functionality.  Under security, we have quality attributes like Confidentiality, Integrity, Availability (together, famously known by the acronym CIA), Non-Repudiation, Authenticity, and Accountability.

Security has a direct influence on its sub-attributes. This shouldn’t come as a surprise. What is surprising, though, is the effect of security on other quality attributes. For example, security has an indirect effect on performance and reliability. If the security of the system is compromised, the system may become unresponsive following a deliberate attack such as a denial-of-service (DoS) or distributed-denial-of-service (DDoS), or merely due to accidental high traffic that is not well managed and gets the service down. Similarly, if security is compromised, the system can become unreliable, spewing out unexpected results. Here is how I would depict it: 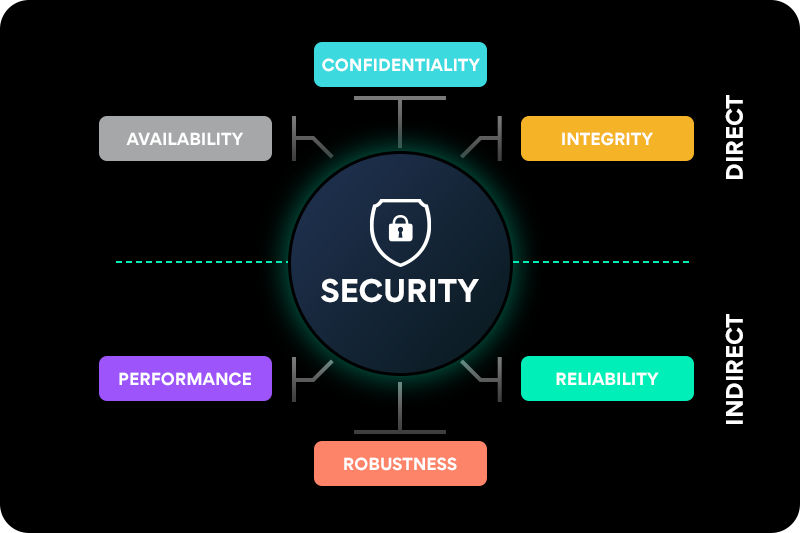 The current trend in security is Zero Trust Architecture where we apply the “never trust, always verify” paradigm to protect our system. We adhere to the secure by design paradigm once the architecture is in place. Only when both architecture and design are secure, we come to secure coding practices – the topic of this blog – and more specifically, top ten best practices in secure C++ development.

Writing secure code that is not open for hacks and attacks is not a luxury. Any codebase must see security as a required feature of the system, even if the requirements forgot to mention security or left it with the known TBD.

It is the developers’ responsibility to make sure their code doesn’t infringe security. Security vulnerabilities arise due to bad design and faulty logic, or because of a bug, malfunction or potential breach that can be exploited.

Many of the coding practices mentioned above are generic enough to be applicable across programming languages. This is expected, as security is agnostic to the language in which the system is implemented. But there are issues specific to C++, especially concerning memory management, buffer overflows, casting and undefined behaviors of all sorts.

Remember during code reviews to check for security issues just as you check for functionality issues, and make sure to use the right tools that would help you pinpoint potential vulnerable code.

While concluding this writeup, I came across “PrintNightmare”, a security vulnerability in the printer spooler of Microsoft Windows, disclosed on July 1, 2021. The vulnerability can be exploited for both remote code execution and elevation of privileges on almost all versions of Microsoft Windows. The root cause of the issue was pointing to a piece of Windows code which boils down to a particular function:

The ValidateObjectAccess check can be bypassed by an operation that can be performed by the user, as the parameter a4 is based on the user environment. This leads to a critical vulnerability which Microsoft rushed to fix and release as a security patch. You can read more about the printer spooler breach here, here, and here.

That should remind you that security is to be considered very seriously!