What Is Enterprise DevOps All About? 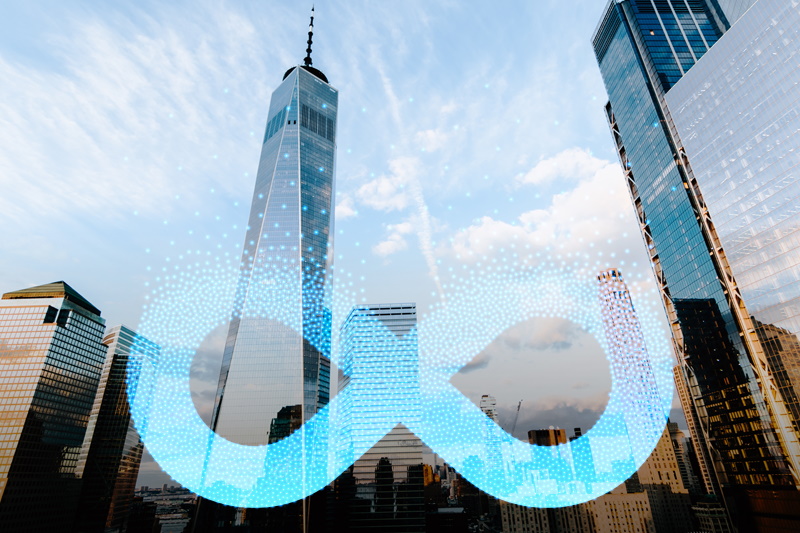 When first approaching a DevOps mindset, many teams may not take into consideration what happens at scale when choosing the tooling. Enterprise DevOps requires much more thought into how components operate. In addition, the way teams communicate has a large impact on the velocity of development work. Now engineers are recognizing the need for additional automation that handles today’s standards around security, culture, and cloud infrastructure.

In short, yes! When we first implement DevOps, it is often on an as-needed basis. Many times, a senior engineer is tasked with creating automation in a CI/CD scenario and that is the founding of a DevOps implementation. Enterprise DevOps is a different beast, entirely. It looks at the laundry list of requirements and provides a means to automate each task. It’s doing these things at scale in a way that promotes stability and availability.

Many times, we see standard DevOps practices in smaller organizations. Much of their infrastructure is static and rarely holds surprises due to low change rates. At some point, organizations make the shift to Enterprise in many facets of the company. Enterprise DevOps methodologies aim to help scale along with these changes so that the technology is ready for additional growth. Think about a web application that is set up to handle an average amount of traffic. Being ready for an unexpected spike by taking advantage of horizontal or vertical scaling is just one critical tenet of Enterprise DevOps.

While automation has always been the task for DevOps Engineers, switching to an Enterprise DevOps mindset requires a different approach. Aspects of the environment as it exists currently as well as future expansion should always be at the forefront.

Another aspect that enterprises tend to focus on is a higher level of security requirements. This is one of the hot topics in Enterprise DevOps. This coined, in the DevOps world, the term DevSecOps, which involves a set of checks and gates that allow for the protection of code and data. While not specific to Enterprise DevOps, ensuring each aspect of security is completed via automation and additional scanning is needed in larger organizations due to certification or compliance needs.

Expanding on the practice of DevSecOps, many Enterprise companies are required to comply with standards around protecting private information. To counter these types of threats, they employ several tools to help scan for the most common vulnerabilities.

Another term that is gaining popularity in recent years, is “shift-left”. With this methodology, the responsibility for the code quality is “shifted left” to the development, requiring a higher level of assurance and certification before committing new code to the code base. Although shift-left is also not exclusive or unique to enterprises, the challenges in adopting and implementing shift-left in enterprises are much bigger. You see, with small companies, the shift is minor, as the entire team is small. With enterprise companies, however, shifting things left is a whole operation that involves organizational complexity, as well as various tools to support the shift.

When Is the Right Time for an Enterprise DevOps Methodology? 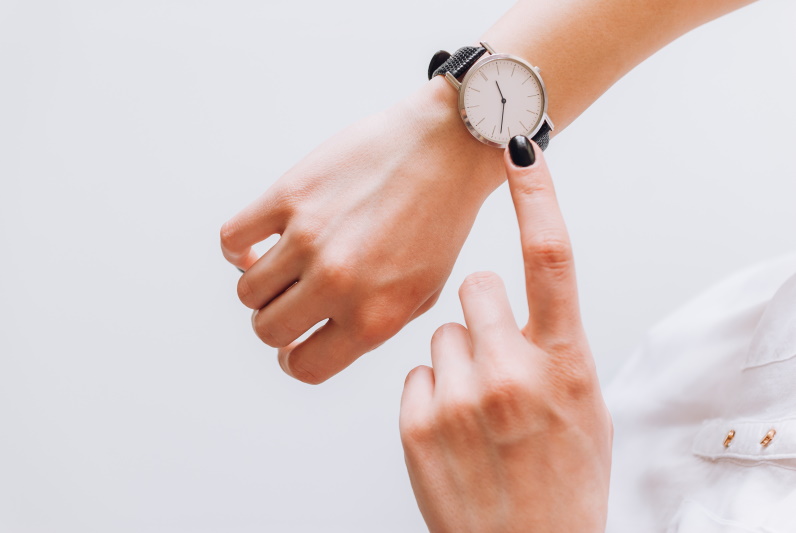 If we’re speaking on laying the grounds, then sooner, rather than later! Since what we do is scalable, we should approach every solution as if we had many of the challenges that face those practicing Enterprise DevOps. If the solution works with hundreds of repositories and many developers, it will surely work at a smaller scale. That said, one should avoid over architecting. Sure, lay the grounds for Enterprise DevOps, but don’t invest in unnecessary processes and abilities before you actually need them.

What other factors may need to be considered for a growing implementation?

For many good reasons, companies must keep some older systems in place to support either a backend or even a UI issue. You know these as monolithic or legacy applications. They are usually coded in a stack that may not be an area of expertise for today’s developers. Even still, these are critical components to consider while implementing DevOps for the Enterprise.

Today’s engineering teams have many needs that are centered around the tools and environments specific to their projects. For many companies, that includes a myriad of teams well-versed in various programming languages and technologies. Not all those languages require the same approach. For that reason, tooling chosen for Enterprise DevOps supports multiple stacks and methods to employ automation that supports these scenarios.

When teams start interoperating with each other’s components, there are cases where one breaking change can cause a domino effect. Taking this into account is critical to keep things running smoothly. Complex dependencies can waste valuable time during development and especially outages. Dependency maps are helpful, but so are actions like automated regression testing. Automated QA processes like “Smoke” and “Sanity” testing are some of the processes that Enterprise DevOps teams know are required.

When the code has been deployed and the sun sets on another good release, the DevOps automation isn’t done. The additional tools implemented to ensure uptime on critical services and applications are also under the guise of an Enterprise DevOps implementation. Most of it doesn’t stop at sending an alert. Today, self-monitoring, self-correction, and automatic scaling are available based on factors that are much easier to manage with automation.

Thanks to the fast adaptation of cloud resources by many companies, we are often faced with multiple environments consisting of resources in a data center along with the cloud. In the case of managing these resources, an Enterprise DevOps implementation would need tooling for a hybrid environment. Multi-cloud is also not out of the question. Tooling should be chosen based on this fact. Thankfully, many of today’s DevOps toolset includes ways to handle this aspect.

There are times when what’s available on the market doesn’t quite fit what needs to be done in a given environment. Whether due to legacy needs, or otherwise, the solutions around these may require custom coding or scripting by the DevOps team. Part of ensuring proper standards is to protect these custom tools. Implementing a method to save DevOps code and scripts in a repository allows for many positives beyond protecting it for the future. It opens lines of collaboration and allows for sprint-type work to be tasked, like in any other development team.

The Age of Microservices Arrives!

The process was pretty easy as it was. Our goal as DevOps engineers was to take code, ensure it built an artifact, and publish that artifact to an environment. With the advancement of microservices, we have new things to consider. Infrastructure, scaling, and failure handling must be considered.

Enterprise DevOps is especially aware of aspects involving these things. Especially infrastructure. Infrastructure as Code (IaS) is based on the idea that anything created can be recreated at will by using information checked in, just like code. Be it Terraform, Azure ARM templates, AWS CloudFormation or GCP Deployment Manager templates. The idea is to allow for the dynamic creation of virtually any resource with specifications spelled out, literally.

Scaling has always been a way to manage performance in applications. Vertical and horizontal scaling are used to scale up or out. In the case of Microservices, that process is often handled by a combination of instructions provided by you and the target destination. Whether it is an AWS App Mesh, Azure Service Fabric application, GCP Service Mesh, or a container being placed in Kubernetes. Consider this fact when looking at cloud providers and how you support local development.

In an Enterprise situation, change management isn’t just a nicety, it’s a requirement! While we may be able to modify lower environments at will, anything customer-facing has to be treated with a higher degree of management and audibility. To ensure this is happening, change management workflows should include aspects of enterprise DevOps.

Involving DevOps engineers early in the development process allows recognizing potential changes that would be required in production. Enterprise DevOps is often more advanced and has become a culture in many development teams. It has become part of normal workflows due to familiar methods like IaC (Infrastructure as Code). This way of staying ahead of changes is one way to embrace a change management process rather than see it as a hindrance.

Any policy scanning tools we implement on codebases allow us to have more control over aspects of merging and the introduction of invalid code. These, along with technology such as git “pre-commit hooks” can prevent offending code from muddying the waters. In short, this sort of technology helps with policy adherence by putting the onus on the developer to be the first line of defense against violations. This drives Enterprise DevOps to implement automatic policies, using, for example, Open Policy Agent (OPA) with tools like Conftest, or Kubernetes GateKeeper.

Other tools used in the CI/CD pipeline help with sticking to policy while each step of the process is completed. From code commit, to build, and then the release process. There are many tools designed to help with guiding teams around policy while not affecting velocity. In many ways, this kind of Enterprise DevOps methodology helps us sleep better at night! To get to that point, a cultural shift is often one of the major aspects to consider.

Don’t stop at promoting processes and procedures for automation. The key to any successful Enterprise DevOps initiative is a dedication to the culture itself. Rather than focusing on DevOps as a resource, teams focus on it as a mindset. Everyone is involved in the process. From the Product Manager to the Release Engineer, everyone keeps that focus. In some organizations, this approach leads to the adoption of SRE methodology, alongside the traditional DevOps or as a replacement.

As you may have noticed, there are plenty of aspects of Enterprise DevOps that are simply extensions of the DevOps we are used to in smaller organizations. From considerations around the various stacks in use to the finer aspects of compliance and change management.

Those practicing Enterprise DevOps are taking their knowledge and applying it to larger projects to keep things moving at the pace of today’s business. The desired result? A well-oiled machine that helps guide all members of the team to a successful, compliant, and reliable technology landscape.

You might be thinking “well, DevOps is DevOps”. Not quite. In small companies, DevOps is mostly a tool for merely improving efficiency. In enterprise companies it’s much more than that:  it is a critical part of the organization’s success, dealing with the riskiest and most important parts of the business. This requires changing the way DevOps is operated and treated, towards Enterprise DevOps practices and way of thinking, as detailed in this post.