The LiveYard delivers real time, high quality interactive characters, and environments, for use in live shows, streaming and corporate events, concerts and other immersive entertainment, and pushes the boundaries of what is conceivable in terms of quality and capability. They participated in some of the biggest and most well-known projects in the world. Their tools and procedures have been created, tested, and deployed in a variety of high-stakes productions and circumstances across numerous sectors. Time considerations, or how much they can achieve in a very tight window, are a central challenge to The LiveYard, as customers depend on their ability to deliver a high-quality product on time.

The LiveYard’s workflow features several prep cycles where digital assets are planned and designed, and a “crunch” window where the assets must be built and delivered. These cycles occur six or seven times a year, and each delivery window lasts roughly a week or two. While they account for a small part of the year, these times are critical to The LiveYard’s continued success. According to The LiveYard Founder and CTO Halim NEGADI, “There’s one moment where everything has to be locked down. It usually happens the day before the show. We call it the rehearsals. At rehearsal time, you are at a stage where you cannot change anything anymore.”

Because of these constraints, the company had to step back on some shader compilations and decisions because compile times were too long. “We had a case where we were still building shaders close to the end of rehearsals and we made the decision: Look guys, we are rolling back to the previous version which was already built…” says Halim Negadi.

There’s no way I can make this fit into our deadline whereas once you have let’s say Incredibuild, that gives you more of the time back, you’re able to come out with a much better product.

To solve the issues with long shader compilation times, The LiveYard turned to Incredibuild. The team’s dev stack was built on Windows, using Unreal Engine 5 on five agents along with their existing dev tools. The target was to accelerate the shader work to ensure that it wouldn’t have to be left out of the final product.

Using Incredibuild, The LiveYard was able to drastically reduce their build time. According to Negadi, “The LiveYard machines working on the compilation with Incredibuild finish the task at least 10 times faster. We’re talking about overall a half an hour shader compilation versus a few minutes.”

Build time in our industry is so crucial… it’s like a rocket, are you going to reach orbit, or not? It’s exactly the same. You’re making it on time for the show or you’re not.

With Incredibuild, The LiveYard is able to keep to their mission statement – to maintain a high standard of quality – without having to sacrifice key steps in their development process and revert to lower-quality versions to deliver assets on time.

The LiveYard machines working on the compilation with Incredibuild finish the task at least 10 times faster. We're talking about overall a half an hour shader compilation versus a few minutes. 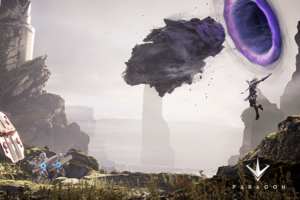 Accelerating the build process for Unreal Engine 3, the driving technology behind many of today’s leading video games 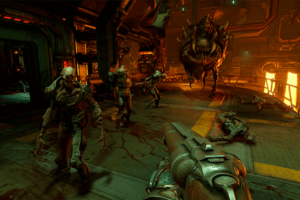