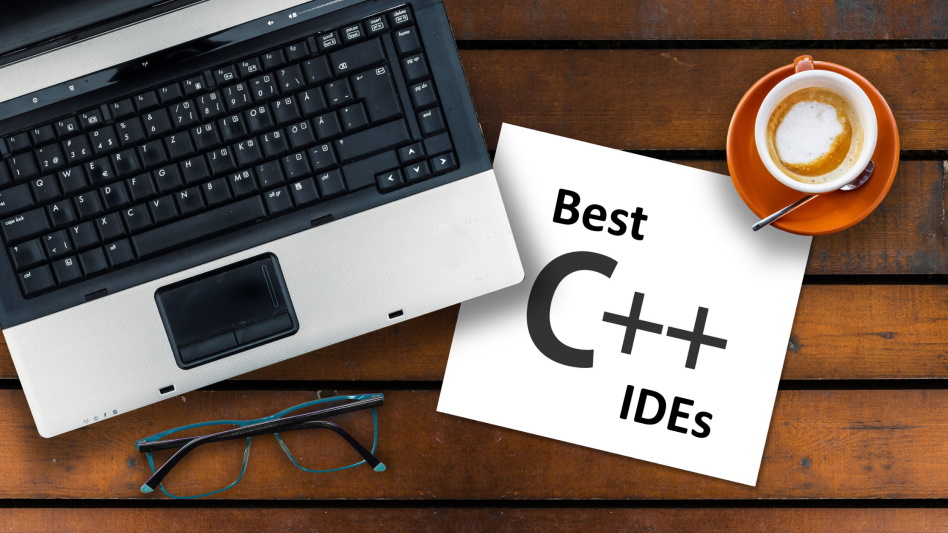 It’s hard to keep track of all the great IDEs (Integrated Development Environments) and IDE-like tools available to developers. In fact, this report by JetBrains showed 75% of respondents regularly use IDEs. These tools enhance developer’s workflows, reduce debugging time, and make them more productive.

IDEs go beyond typical text editors by integrating compiling, code completion, syntax highlighting, debugging, profiling, and testing and much more in one comprehensive user interface. Without the power of an IDE, you must use all these components separately in your development workflow. While some developers may prefer that, an IDE can significantly speed your programming and provide an overall better experience.

There is a wealth of choices in IDEs, so focusing on the best C++ IDEs helped narrow down the list of excellent options. In the end, personal preference will outweigh many of the pros and cons of each environment. To help you decide, we’ve assembled a compelling selection of choices along with an analysis of each. Ready? Here are our best C++ IDEs for 2021.

If the JetBrains report is an accurate representation of all developers, Microsoft’s commercial IDE, Visual Studio, is likely the most popular C++ IDE. 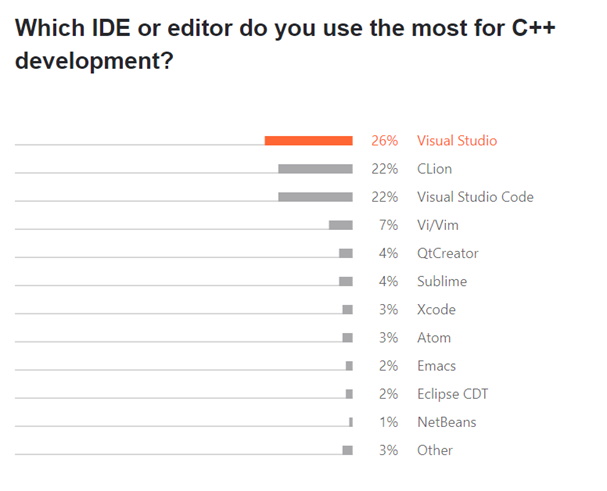 Visual Studio is the most popular choice for good reasons: this mature tool is cross-platform, supports many programming languages, and is packed with an incredible array of features. Visual Studio’s code compilation technology (named IntelliSense) is widely praised and relied on daily by many developers. It has excellent syntax highlighting, easy to use UI designer, CMake support, and a powerful debugger and profiler system. In addition, it has a huge community so there’s no shortage of know-hows, samples and more.

What functionality Microsoft doesn’t include is often provided by an impressive collection of available Visual Studio extensions. Developers will enjoy a wide selection of extensions for C++. 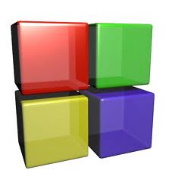 Code::blocks is a cross-platform, free, and open-source IDE for C/C++ development that includes compiling, auto code compilation, code coverage, profiling, debugging, code analysis, and more. It’s known for its outstanding performance and intuitive interface (drag and drop, tabs) and for allowing full breakpoints. It features a healthy ecosystem of plugins by the community and the Code::Blocks development team.

CLion by JetBrains is a commercial cross-platform IDE for C/C++. JetBrains enjoys a loyal following of developers that love their excellent code editors featuring superb code refactoring tools. CLion includes code analysis, CMake support, project modeling with intelligent code assistance. CLion is one of the few IDEs to have local and remote (via SSH) support, allowing you to code on your local machine but compile on remote servers.

While CLion is focused exclusively on C/C++, it is based on the JetBrains IDE framework with versions for the most popular programming languages.

Eclipse is a free and open-source cross-platform IDE written in Java and originally constructed to replace IBM’s now-discontinued VisualAge IDE. Eclipse is more of a framework than a complete IDE, relying on a wide array of plugins to provide language-specific functionality. Eclipse supports nearly thirty programming languages, and the C/C++ flavor is named Eclipse CDT (Eclipse C/C++ Development Tooling).

Eclipse is well known for its simplicity and broad community support. It offers all the standard features one would expect in a C/C++ IDE, like code completion, compilation and debugging support, static code analysis, profiling, and refactoring.

For an in-depth comparison of Eclipse vs Visual Studio click here. 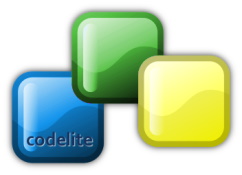 CodeLite is another free and open-source IDE. It supports C/C++, PHP, and JavaScript and is built with the wxWidgets cross-platform toolkit, allowing it to run on Windows, macOS, Linux, and FreeBSD. The editor is based on the open-source Scintilla project. 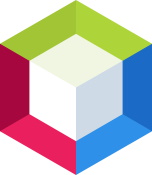 Apache NetBeans is an open-source, cross-platform IDE written in Java. It was a student project at Charles University in Prague, Czech Republic, and was initially named Xelfi. The name Xelfi name was a reference to the Delphi IDE for the Pascal programming language. Sun Microsystems bought NetBeans in 1999, then Oracle (which acquired Sun) released it to the Apache project in 2016.

In addition to offering the typical IDE features like compiling, debugging, code completion, profiling, and refactoring, Qt Creator developers benefit from a vibrant ecosystem of design and development tools centered around the Qt toolkit.

As its name suggests, Dev C++ is a fully-featured open-source IDE for C++. While Dev C++ boasts an impressive feature set, it only supports the Windows operating system. Despite this limitation, it includes support for GCC-based compilers like Cygwin and MinGW. 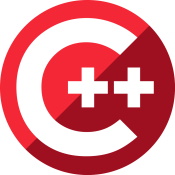 It features a Clang-enhanced compiler with simple access to the Boost libraries, continuous integration, database management, version control integration, and a wide assortment of available plugins.

C++ Builder boasts fast compilation and a cross-platform debugger. It even supports native mobile app development on iOS and Android. 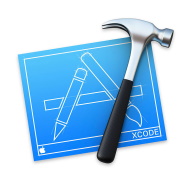 Xcode is the native development IDE for macOS written by Apple. It was recently redesigned for the Big Sur release of macOS and features a pleasing and customizable interface for developers. It is the default choice for many macOS and iOS developers and includes all the tools you need to design, develop, and compile mobile and universal apps that run on both Apple Silicon and Intel x86_64 systems.

GNAT Programming Studio is a free and open-source IDE that supports various programming languages, including C/C++. It is written in Ada and uses the GTK+ toolkit, giving it the ability to run on a wide assortment of platforms, including Windows, macOS, Linux, FreeBSD, and Solaris.

In addition to the standard IDE features of code editing, code completion, and compiling, GNAT supports debugging (both local and remote) as well as cross-compilation (compiling for another platform). GNAT can also be extended via plugins written in Python.

Kite is a proprietary, multi-programming language, cross-platform IDE that promotes an artificial intelligence code completion engine as its primary distinctive feature. Trained on 25 million source code files, it intelligently predicts what you’re going to type next to save you time. The company claims that developers save up to 47% keystrokes during development.

The Kite artificial intelligence engine is also available as an add-on to other popular IDEs and code editors like IntelliJ, Atom, Visual Studio Code, Sublime, PyCharm, and Vim.

Choosing the right IDE for you is no easy task. We hope this list of best C++ IDEs has provided insight into the various options available.

While we’ve featured the major contenders and explore their feature sets, nothing will replace hands-on use. We recommend giving your favorites from this list a try with an actual project to see which works best for you.

Many developers use multiple IDEs in different situations. A Windows-centric development project might be best served with Visual Studio, and a macOS application may benefit from Xcode more than other IDEs. However, cross-platform projects, especially those using the wxWidgets toolkit, may benefit from independent projects like CodeLite. If you’re a JetBrains user, CLion is an obvious choice. It has good integration with other JetBrains tools and features a similar user interface and workflow. Qt developers will naturally gravitate toward Qt Creator.

And, of course, you don’t have to use an IDE. Sometimes a simple is well suited to a typical programmer’s editor like Visual Studio Code, Sublime, Atom, or Notepad++.

Whatever you choose, be it a full-blown IDE or a code editor, we recommend you using Incredibuild to accelerate your build-test cycles!