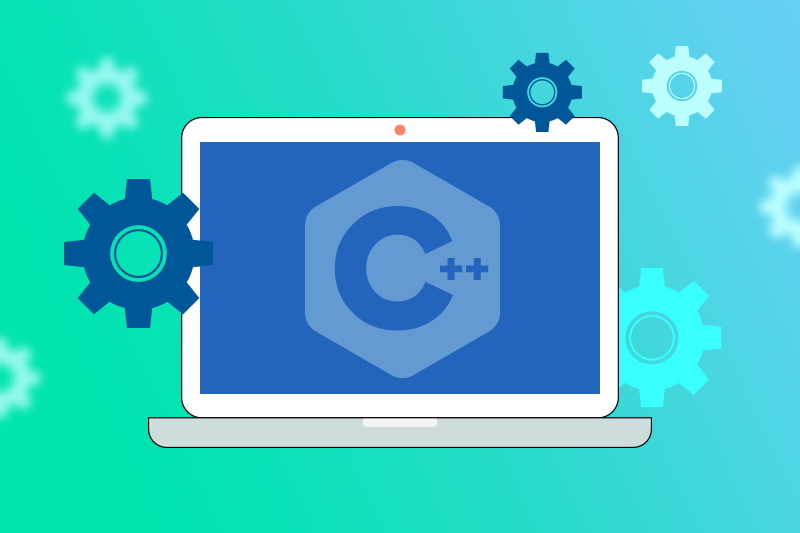 It is no secret that I love C++. One of the things I love about C++ is the fact it’s such an ‘open’ programming language that allows anyone to implement their own compiler. So naturally, there are a lot of C++ compilers out there. In the same way, there are many C++ IDEs, but I discuss that in a different blog post.

This is the C and C++ compiler that Microsoft bundles with Visual Studio. The current compiler version, bundled with Visual Studio 2019 version 16.10, is 19.28.29914, which supports both the C++17 core language features as well as C++17 library features completely and the C++20 features partially. It is expected that Visual Studio 2022 – which is currently in the preview version – will include a Visual C++ compiler that will fully support the C++20 features. Although the Visual C++ compiler is primarily used for Windows development, using the windows subsystem for Linux (WSL) integration, it can be used to develop native Linux applications too. Checkout this nice video to learn more on this topic.

The GNU compiler collection, GCC, is one of the most famous open-source tools in existence. It is a tool that can be used to compile multiple languages and not just C or C++. The current version of GCC, GCC 11, has full support for C++17 core language features as well as C++17 library features. It also has experimental support for almost all of the C++20 language and library features, except for some minor features in Modules. Notably, GCC 11 also includes some features of the draft C++23 standard which is the next revision of the C++ standard after C++20.
*Learn more about what is GCC

In one of my recent blog posts, I had compared GCC vs Clang. I had detailed the architecture of this compiler and described how the LLVM backend makes it easy to add new optimizations to the compiler. The current version of Clang/LLVM, version 12.0, currently supports C++17 fully and has experimental support for C++20.  As you proceed through this blog post you will understand why a lot of other C++ compilers want to base their code on this open-source platform.

I have used Intel C++ compiler (Intel® oneAPI DPC++/C++ Compiler to be precise) for computationally intensive applications and I have found its performance to be top-notch. Unlike Visual Studio which includes frameworks like MFC (Microsoft foundation classes) for desktop application development and WebView2 support for Web-based applications, Intel’s compiler includes support for Threading Building Blocks (currently open-sourced as oneAPI) and Data Parallel C++ (DPC++) clearly showing the difference in focus. Computationally intensive applications with data parallelism (with parallel STL), Field-programmable gate array (FPGA) support as well as support for Graphics Processing Unit (GPU) is where Intel Compiler shines. The latest version of the Intel C++ compiler supports the C++17 standard.

µVision is a windows-based software development platform from ARM to develop embedded applications in many different platforms (for a partial list of platforms that Keil µVision supports, see the below image). The ARM compiler version 6 is based on the Clang/LLVM compiler toolchain with the full support of the C++14 language standard. This compiler fully supports functional safety standards like IEC 61508 and ISO 26262 for developing functional safety applications. This compiler has direct support for security-critical applications that employ Arm® TrustZone® for isolating security-critical components in a system. Typical application development on Keil µVision C++ compiler is on eMetering, Lighting, Industrial Networking, Alarm Systems, and Motor Control. For hobbyist programmers, Keil µVision is available free of cost with some limitations on the program size.

PIC and AVR microcontrollers are traditionally programmed using C, but the newer versions of hardware support 32 bits (from the traditional 8 bit) and can be compiled using C++. The MPLAB XC++ Compiler from Microchip is based on GCC. The compiler is distributed with the C++03 standard library and supports the C++03 standard. After the acquisition of Atmel, Microchip became the leader in embedded control solutions. Its MPLAB X development environment runs on Windows, Linux, and OS X environments and comes bundled with the MPLAB XC++ Compiler.

C++ language is rapidly evolving. As many of the compiler teams are realizing lately, it is not easy to keep up with the standard. Basing the compiler on a well established and open source framework like Clang/LLVM is a great way to quickly support the newest features of C++. In this blog post I have listed the mainstream compilers in both hosted and freestanding environments. I am aware of compilers  that don’t exactly fall under freestanding or hosted C++ environments, for example, EDG eccp is a fully-featured C++ frontend that is used by other compilers, is not included in this list. A transpiler like Emscripten that converts C++ code to Javascript is also not featured in this list. A cross-compiler like MinGW also does not feature in this list. Note: You can check out the various compilers’ support for C++ standards using this link.