The C++ Standard Library header file (cstdlib in C++) is the header for one of the most widely used libraries by programmers of the language. This header defines a collection of functions and macros to facilitate efficient, high-performing, standardized C++ code across teams and platforms.

C++ is a popular programming language and one of the initial reasons for its rise in popularity was compatibility with C, which was a popular and well-established language at the time, and in fact, still is. This compatibility not only meant that it was easier for programmers to adapt but, perhaps more importantly, C++ developers were able to take advantage of pre-existing C code.

Rather than recreate everything from the core functions onward, programmers were able to re-use mature code blocks during a reasonably-paced transition to C++. Specifically, they were able to use the C Standard library header, stdlib.h. Fast-forward to today, cstdlib in C++ is the enhanced C++ version of the original <stdlib.h>.

cstdlib in C++ vs stdlib.h

In the original C++ specification, C++98, it stated that to correctly use functions that were inherited from the C library was by using a <c –name–> header. For example, in a traditional C program, one might include “string.h”, whereas, in C++, an identical project would include <cstring>. Furthermore, with the advent of namespaces, newly-written C++ library functions were no longer to be defined in the global, unqualified namespace. Rather, they would be declared only in the standard namespace, std.

Moving forward, using cstdlib for C++ implies a guarantee that everything included in <stdlib.h> is declared in the std namespace. As such, when developers want to use functions in the Standard Library, they have to be qualified. This can be done explicitly, or with the using directive, as in the following example:

Figure 1: Example of using std::shared_ptr as part of a double-linked list

In the left column, the unqualified use of shared_ptr<> reports an error because the declaration is not in the global namespace. In the middle column, the namespace is explicitly declared, pointing to where the compiler can find it. In the rightmost column, the using namespace std directive directs the compiler to std to search for functions that do not exist inside the local or global scopes. It is to be noted that the third (rightmost) option is considered a bad practice. Another option not seen above is adding just shared_ptr with using std::shared_ptr directive.

The cstdlib in C++ library contains a superset of the traditional C functions, macros, and datatypes. An example of this is the set of absolute value (abs) functions that are declared. In stdlib.h, C defines the functions required to calculate the absolute values (abs) of an integer, long, or long long value. However, there is no provision for obtaining the absolute value of a float, double, or long double. These types are instead declared in math.h, which is another oft-used C header.

The relevant overrides for abs() within the cstdlib in C++ header cover all of the above cases.

The cstdlib in C++ header includes several member functions, datatypes, and constant values. The following tables describe what functions are defined by the header file.

Figure 8: Functions for working with multibyte and wide characters

The cstdlib in C++ library contains a variety of macros and constants to assist with the standardization of C++ development and code bases. An example of this is the constant values used to return from the main function, as follows:

The EXIT_FAILURE constant is also used as a return value from the main function. However, it indicates to the calling framework that the execution failed, perhaps with a critical operating-system-level error.

Figure 11: Examples of macros used to return from the main function

Other examples of constant values defined by cstdlib in C++ are NULL, which defines a null pointer constant, RAND_MAX, which is the maximum possible value generated by the rand command,  and MB_CUR_MAX, which represents the maximum number of bytes in a multibyte character for the current locale.

The header of the general-purpose standard library for C++, also known as cstdlib in C++, defines a core set of functions used for data type conversion, pseudo-random number generation, memory allocation, searching, sorting, mathematics, and dealing with wide or multibyte characters. It also contains a variety of useful macros in the form of constant values. In many cases C++ programmers use types, functions or constants, that come from cstdlib, without having to include this header, as it is being included by other headers that they are using. Not being aware where some types and utilities come from may later lead to annoying compilation errors, when some previously included header is removed and some constatnt is surprisingly not recognized. Knowing that cstlib might be required can save some time in such cases. 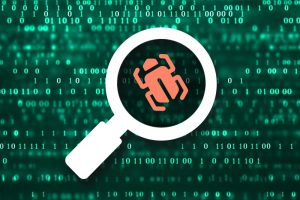 After examining the C++ optimizer and specifically reviewing loop unrolling, in this video, Amir Kirsh will dig deeper into loop unrolling scenarios, implications of undefined behavior in your code, and the effect of the optimization flag on the compiled code.  Let’s get started. Transcript: The C++ Optimizer and Loop Unrolling Hi everybody. My name is […] 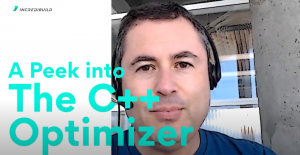