Mercurial vs Git, why are we comparing?

Version Control Systems (VCS) can play a critical role for DevOps teams getting started, working to maintain efficiency and velocity, or improve team performance. Not only does an effective VCS need to support the mechanical actions required by DevOps – tracking changes, documenting updates, merging data, and more – but it is also in use all the time by the developers and so must include features that are a good fit for the needs of the team – understandable command syntax, provide visibility into changes, and so on.

One pattern that has been widely adopted over the last 10 years is distributed VCS, where copies of a single source of truth repository are shared – or clone’d – out to disparate systems such as developer laptops then, after changes are made locally, data is merge’d back into the source of truth following a predefined pattern – such as trunk-based. Two prominent distributed VCS solutions are Mercurial and Git. Both released in 2005 under the GNU Public License (GPL), these solutions have seen widespread adoption thanks to similarities between them and healthy competition due to their differences; let’s examine Mercurial vs Git.

Mercurial is a distributed CVS supporting local copies of a repository and merging of changes into a central version.

The command syntax for working with Mercurial is designed to be very simple and easy for users to quickly understand.  Many users find the syntax simpler and more intuitive, helping to improve development velocity. The basic commands include:

Changes are tracked linearly over time in a data structure called a revision log (RevlogNG). The revision log structure allows Mercurial users to interact with repository contents at arbitrary points in time ad hoc. This approach to change tracking is especially effective for projects that are very large – in terms of the number of files and number of contributors. This is reflected by the projects that choose Mercurial as their VCS such as Mozilla and NGINX.

Once a change is recorded in the Mercurial history, it is immutable and cannot be removed – except via a rollback which is similarly recorded as a new change. This permanent record can be very valuable in determining when, and by whom, changes were introduced into the repository.

Git is a distributed CVS supporting local copies of a repository and merging of changes into a central version (sound familiar?). Linus Torvalds created Git in 2005 to support the ongoing development of the Linux kernel by widely distributed developers.

The basic Git commands for working in a repository include:

In addition to these basic commands, Git offers several commands for more specialized operations, such as:

Commits are the basic unit of Git operations and are tracked distinctly by a SHA-1 hash. Under the hood Git uses a series of references to keep track of commits relative to each other as well as index the contents of each commit.

Git focuses on making a commit a lightweight and cheap operation both computationally and philosophically. Because this approach can, by design, result in numerous commits – especially when merging large branches together – Git provides a capability called rebase that logically collapses all of the commits in a series together into a single commit. This is sort of like saying “imagine that all of the work spread across all of these commits had been done at once” Doing so is a form of rewriting history; it may be obvious that all of the changes were not made in a single enormous effort, but the context of each change relative to the others is collapsed and flattened.

Mercurial and Git are almost interchangeable in function and overall mechanics, but a few important differences stand out:

There are three major considerations when choosing between Mercurial vs Git:

Teams should weigh all the capabilities of each solution and evaluate them against both the requirements and desired investment of the organization before making a choice – while the right CVS can empower developers and bring out their best, the wrong CVS can become a burden and cost center to the organization. 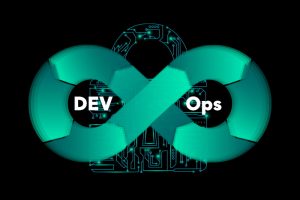 Nobody wants to be caught off guard by an exposed security vulnerability. According to the 2020 Data Breach Investigation Report from Verizon, data breaches due to poor security practices affected approximately 41% of the almost 58% of companies who fell victim to cyber-attacks. Knowing this, the practice of DevOps Security is crucial in preventing loss […] 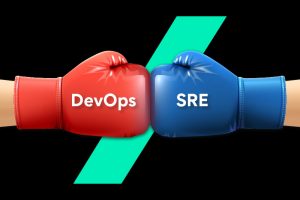 Hope is not a strategy (Site Reliability Engineering) Site Reliability Engineering (SRE) is a philosophy that has been steadily gaining followers in recent years, despite being conceptualized in 2003 by Ben Treynor Sloss at Google. With DevOps practices already firmly established in many organizations, is a conflict between the two imminent? Is SRE nothing more than […] 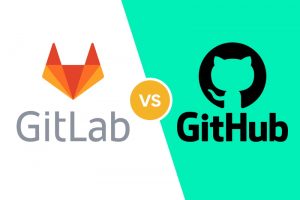 Version Control Systems (VCS) have been at the forefront of the Dev*Ops revolution and leading that charge has been Git. Since its creation in 2005, Git has enjoyed a meteoric rise to become one of the most widely adopted version control systems worldwide. Although many adoptions of Git are available today, two hosted solutions have […]