Cerence is the global industry leader in creating conversational-AI powered assistants for the mobility world. Its systems use a variety of input communication – verbal, written, and more – to help interact with and operate vehicles, including cars and two-wheelers. The company counts major automakers including Volkswagen, Toyota, Audi, BMW, Mercedes-Benz, Renault, Faraday Future, VinFast, and more among its customers.

Cerence optimizes drivers’ interactions with their vehicles’ HMI, HUD, and several other key input systems. The company also builds infotainment and connected car services for the fast-growing mobility industry. Cerence’s tools and devices make it easier for drivers to connect with their vehicles’ systems and better access the information grid for better rides, safer driving, and more.

Cerence’s builds are fairly complex and large, so changing even small aspects of their code – even regular dev work such as updating build headers – would require a fresh build and significant time investment, creating bottlenecks and frustration. The dev teams needed the ability to make quick changes to small aspects of the code base without having to pause work for extended periods. The result of these long builds was extended wait times and a serious loss of productivity that came from the constant context switching that was happening. Goekhan Dincer, Cerence’s Software Engineering Manager, notes, “After you build, you want to run in the back and see, oh, there’s still this issue and that issue. Then you change something, and you rebuild again. That takes too much time.”

Developers on my team felt that builds took too long, with too much waiting time. Having worked with Incredibuild in a past role, I was able to bring it to my manager and help us quickly implement solutions that helped us reduce our build time.

The company integrated Incredibuild into its dev stack to help reduce wait times and cut down on productivity loss across Cerence’s dev organization. It initially started with a license for the company’s Windows-based developer studio. According to Dincer, “There were no issues. It was quite easy to integrate. It used to take us 10 to 15 minutes to rebuild the components when changing header files. And with Incredibuild it goes down to around 30 seconds, which is great.”

Most importantly, Dincer also notes that Incredibuild has directly impacted Cerence’s workflow – it allows developers to change things on the go instead of waiting for massive builds, allowing for faster iterations and more fine tuning without adding dev time.

Using Incredibuild, Cerence was able to shorten build times by 20x, reducing waits from 10 to 15 minutes on average to approximately 30 seconds.

It used to take us 10 to 15 minutes to rebuild the components when changing header files. And with Incredibuild it goes down to around 30 seconds 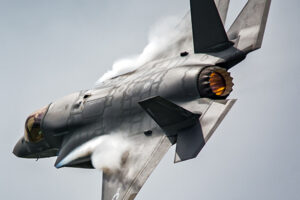