Movavi’s video and photo software is sold and loved in over 150 countries.

From video conversion to photo editing to game capture software, Movavi is a multimedia empire for both Windows and Mac platforms.

“We use CMake for configuring our projects and Visual Studio 2015 for development and building,” Said Anton Sosnin, a software engineer at Movavi, “We have few teams, but all we had a mutual problem – build time.”

However, longer than necessary builds are only the first link on a chain-reaction of slowness. Although they used Jenkins to implement continuous integration,  2 major challenges prevented Movavi’s developers from going agile: delayed QA cycles and agonizingly slow switching between Git branches. “Before Incredibuild,” recalls Sosnin, “each developer was forced to have few copies of the repository with different versions of code builds.”

Developers and testers feel the difference and can work more productively

By using Incredibuild, Movavi took just 12 of their workstations along with 2 build servers (each with 8 cores) and combined their power to create a 112 core virtual super-computer each one of Movavi’s developers can tap into. The result: a game-changing speed difference from 80 minutes per build to 20 minutes. Movavi’s developers run between 10 to 20 daily builds, so they actually saved more than 15 accumulated hours on average per day, or in other words: an extra developer’s paycheck.

Developers and testers feel the difference and can work more productively 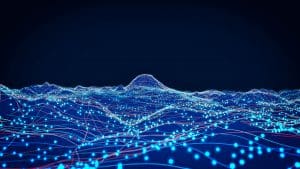