GCC vs Clang: Battle of the Behemoths

It is not for nothing that I have termed this blog post comparing GCC vs Clang as the battle of behemoths. I know GCC from version dating back to year 2K and I know Clang/LLVM circa 2K+10. It is not trivial to compare them, but I will give it a try. Of course, if you are interested in me picking a favorite – I state this upfront: both are excellent software and I use them daily to get my work done.

GCC: Not a Single Compiler but a Collection!

Let us discuss GCC first. When Richard Stallman started the GNU project in 1984, the purported aim was to make a complete Unix-like operating system as free software. (Remember – this was before the advent of Linux and an operating system that can be a drop-in replacement for Unix while being free was a noble goal indeed.) C was the reigning language for developing system software then and Richard started with writing a compiler for C which he named GNU C Compiler (GCC). As of this month (April 2021), GCC is in version 10.3 and is no longer just a compiler for C. It supports:

It is available in almost all Unix-like systems and through MinGW on Windows. GCC itself is written in C with autotools, Bison, and Make as its build system. It is very well maintained with a clear vision and mission which you can take a look at here. To make sure the project maintains its free software spirit major releases are supervised by a steering committee of highly accomplished individuals from different organizations.

Learn more about what is GCC.

Clang/LLVM: Let There Be Dragons

Clang/LLVM is a compiler toolchain that supports C, C++, and Objective-C natively. This sentence does not justify the power of Clang/LLVM. To understand why I rave about this compiler toolchain, I need to describe a bit more about how the modern compiler architecture looks like: 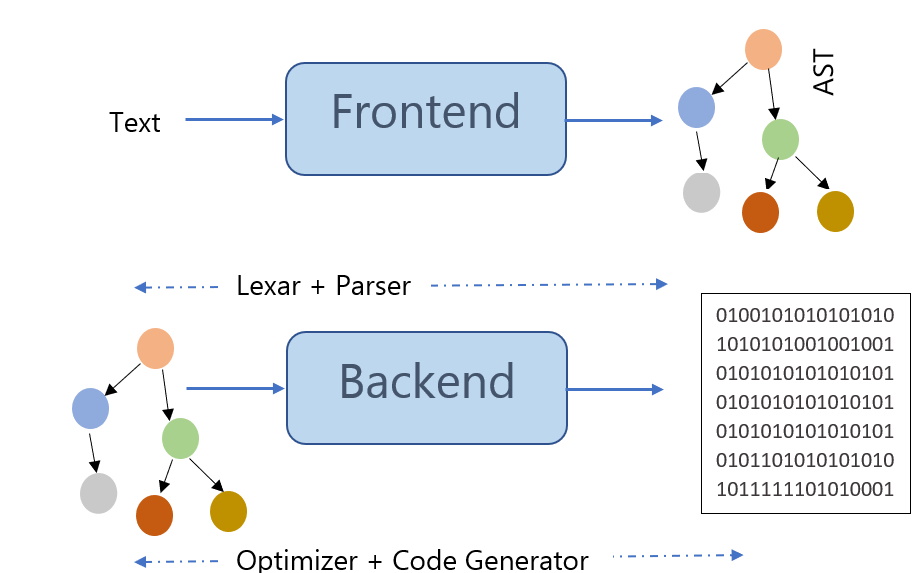 Clang/LLVM is a textbook case of such an architecture. (No wonder, LLVM started as a research project at the University of Illinois). Here Clang is the frontend and LLVM is the backend. LLVM defines a common intermediate representation (IR) based on the single static assignment (SSA) form. This makes many optimizations to be easily performed on the IR. It is also possible to add an LLVM IR pass to add custom optimizations. All in all, this makes Clang/LLVM an excellent compiler toolchain for modern times.

Learn more about what is Clang.

Let us now get into the GCC Vs Clang head-to-head comparisons between these two behemoths.

An easier comparison format is tabular as given below:

This blog post should help you understand the major differences considering GCC Vs Clang. GCC is a mature compiler with support for many languages. As can be seen from the name Clang supports mostly C, C++, and Objective-C. But the framework underlying Clang called LLVM is extensible enough to support newer languages like Julia and Swift. From the perspective of C++, both are excellent compilers supporting the C++17 standard.