Change doesn’t always come fast, and it’s not always gradual – but sometimes, it’s really worth the wait. It’s not every day that you get to see the true evolution of a platform from something great to something, well, incredible (pun intended). Today, we’re officially launching the newest version of our platform – Incredibuild 10! After years of hard work and innovation, we’ve reached this impressive milestone, and we’re so excited about what this newest iteration of the Incredibuild platform brings to our users. So, without further ado, let’s dive into Incredibuild 10 and see what’s new!

Build cache – cache what you can, distribute the rest

Our new patent-pending Build Cache feature is at the heart of Incredibuild 10 and combined with our Virtualized Distributed Processing gives you unparalleled acceleration power. Simply put, Build Cache lets you store data about build outputs once you’ve completed them a single time, and reuse it when someone needs to complete a similar build or re-build a previous version of your current software. Instead of having to start from scratch, you can save time and simply add the new changes, significantly cutting down your wait. Let’s take a look at some things you can do with Build Cache:

Instead of having to incorporate every single new change you make when restarting from a version control, you can now reuse outputs generated on later CI builds and workflows, even when you’re altering previous versions of your software. This means that you can quickly do QA or fix critical errors that might have emerged from one version to another, without having to wait. In turn, you can perform hotfixes quicker, restore previous versions, and continue working without having to halt your entire CI pipeline.

Use cached data between CI builds

Your dev teams can now share results generated with Build Cache between machines using Incredibuild. This is another major win for CI builds, since you can now complete a build once across your team and everyone will benefit. This means faster feedback for your team, more frequent iterations for your developers, and massive savings on your CI resource spend. It also means fewer commits per build and the ability to point out changes in code much faster

Switching branches during development usually means that you have to build from scratch or start over if you’re moving to a previously completed one. Build Cache lets you store previous build data and drastically cut down local build times when you need to go back and edit previous work.

Work from home – or anywhere

Work-from-home is here to stay, and for dev teams, that comes with a whole set of challenges. You may be working on a major build or trying to render a complete section of a videogame for testing, and find that your home PC just doesn’t have the juice your work environment does. Luckily, with Incredibuild Cloud and Build Cache, you can both cut down the size of your build, and make sure you’re using the right resources to complete builds and your work as fast as you would from anywhere.

Combine with cloud to solve your biggest pain point – cost

Crucially, with Build Cache and Incredibuild Cloud, you can solve the biggest headache your IT team will bring to you once a month – your cloud bills. Incredibuild Cloud and Build cache let you better optimize your resource usage and manage your cloud instances so that you’re not just spinning things up and keeping them live. You can reduce the amount of resources you need, and manage them more effectively when not in use. 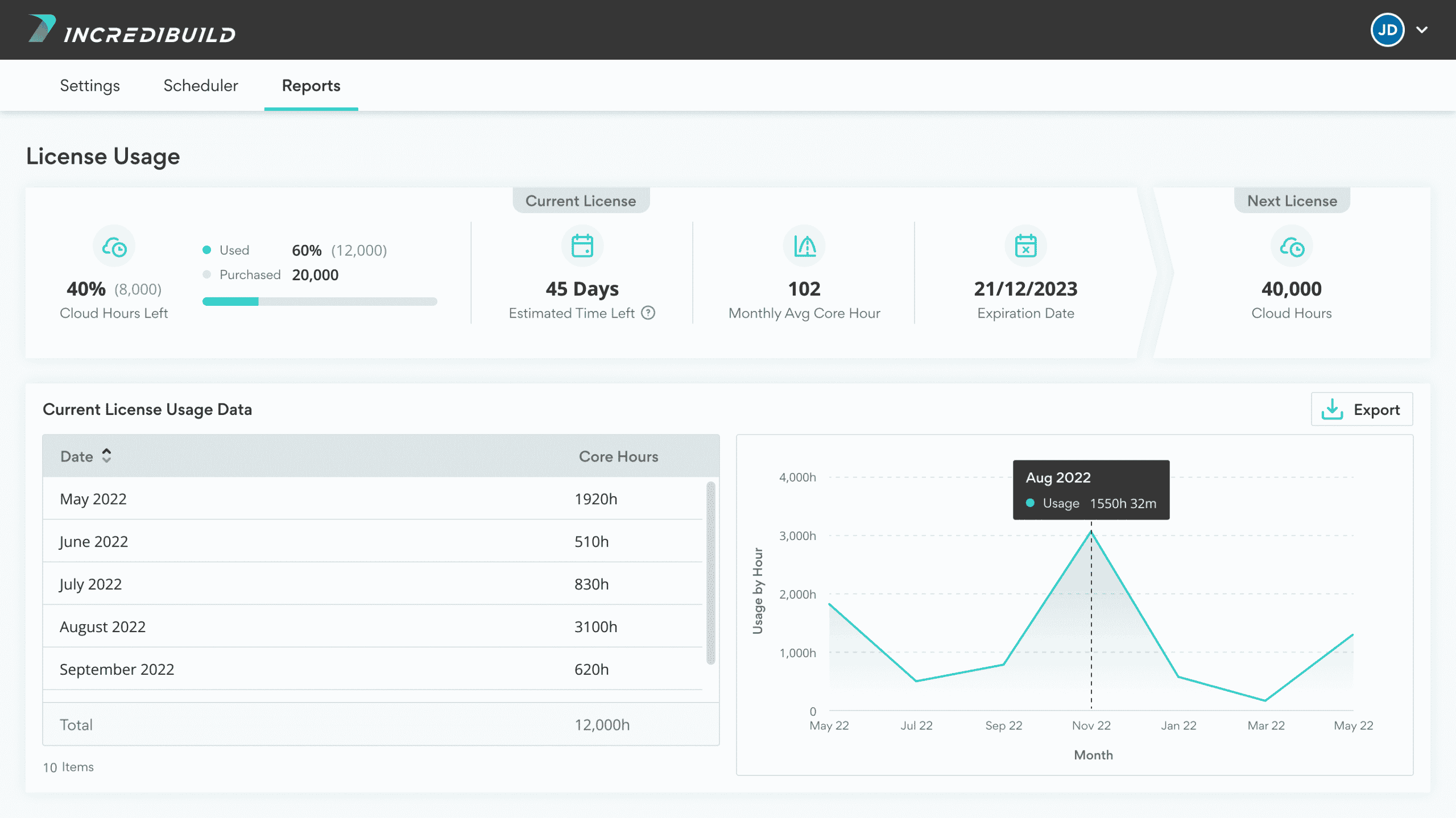 Another key part of Incredibuild 10 is making development more flexible – truly allowing developers to break free from the linear dev cycle and focus more on creating. Instead of having to do mental math about the number of licenses you have, and which devices they’re set on, you can focus on maximizing your available resources, wherever they are.

Incredibuild 10’s smart licenses lets you create pools of cores that anyone in your organization can access, even letting you designate groups so that specific teams always have available cores and licenses at the ready when they’re needed. This way, you can be smarter about allocating your available resources, manage your costs more effectively – both on prem and on the cloud – and use fewer cores to get the same results. Why should you care?

Go zero-waste with your cores

Instead of having licenses you’re not using, and cores that are sitting idly by while someone in your dev team struggles to meet tight deadlines, you can now maximize every resource you have on-demand and allocate them to the right people.

Take team-driven to a new level

There’s no more need to play core accountant. Instead, you can let your team and their needs define how resources are deployed. Does your QA team need more cores on Tuesdays? No problem, you can take care of them. Do your C++ devs need compile capacity every weekday at 10 am? You can create a specific pool of cores just for them.

Gain true visibility into your usage

Visibility is a two-way street. It’s not just about seeing what’s being used – though that’s a key feature of Incredibuild 10. It’s also about understanding where your gaps are so you can fill them and remove bottlenecks. Luckily, smart licenses let you do both. You can see what’s being used, where there are areas of need, and balance the two out. 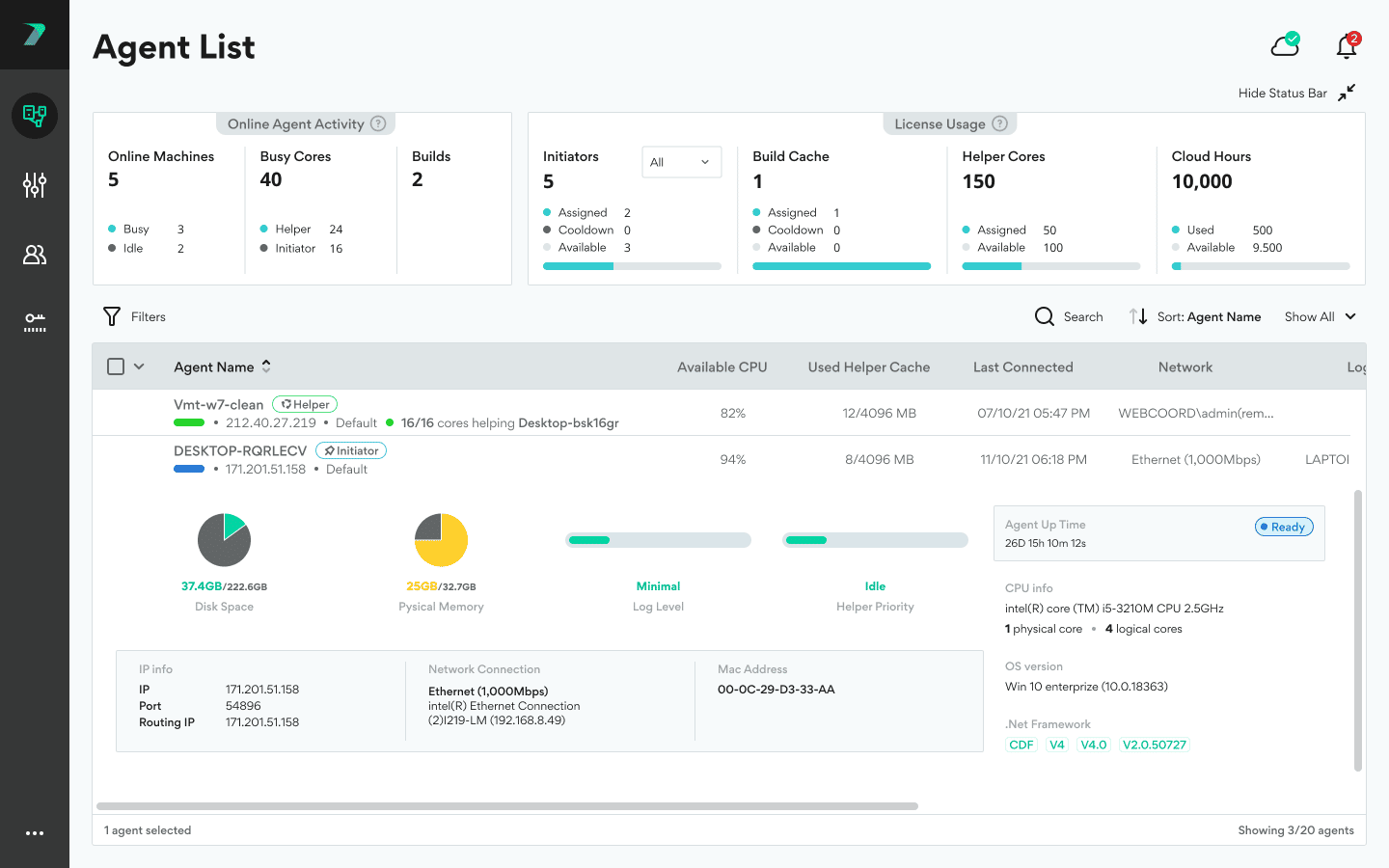 In CI, every second wasted is a second you’re going to have to pay for later. So why waste time with complex deployments and installations. Incredibuild lets you get set up in a few minutes and get to work immediately. Simply install the Incredibuild agent on your organization’s devices, and set up your coordinator, and you’re off to the acceleration derby. Really, it’s that simple.

A new era of dev acceleration 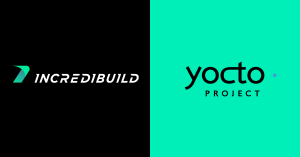 If you’re trying to build a custom Linux distribution for your embedded systems, odds are pretty good you’re using Yocto. It’s one of the most popular frameworks for this, and with good reason. It offers the support and constant maintenance of a vibrant community, is used by some of the biggest names in tech, and […] 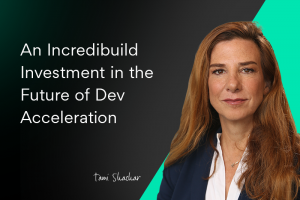 An Incredibuild Investment in the Future of Development Acceleration

On behalf of our global Incredibuild family, I’m excited to announce that today marks the closing of an investment of $140 million, led by ScaleUp investor Insight Partners, a venture capital and private equity firm responsible for some of the most outstanding and intriguing deals in tech in recent years. This investment, which includes both […] 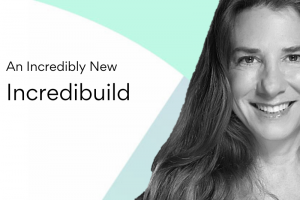 An Incredibly New Incredibuild – A Look into Our Rebranding Process

When you look at the new Incredibuild website, you see a new logo, fresh colors, and additional pages. But when I look at it, I see the new company that stemmed from a fantastic decade-long legacy. And I feel privileged to be a part of this metamorphosis. I wanted to share a bit about our […]
We use cookies on our website to give you the most relevant experience by remembering your preferences and repeat visits. By clicking “Accept”, you consent to the use of ALL the cookies. However you may visit Cookie Settings to provide a controlled consent.
ACCEPTCookie settings
Manage consent